I am proud to be a Hindu because our religion teaches us to respect other religion.
As per Hinduism, all religions are Equal as all of them lead you to the same destination. and God is one with having different names. Hinduism teaches us to keep kindness in Heart for everyone and Don't humiliate to others. Hindu are very friendly with other religion followers they Do not make any human pressure to follow their religion. According to Hinduism, we can't get Havana if we hurt to other or doing wrong things. Or we can't get peace if we do something wrong which is not good for another human. Hinduism never enforces to other religious people to read and follow Hindus Holly books or mantra.
Hinduism is a great religion because of Hinduism, lets you do whatever you want, you can follow ideas from any other religion. In Hinduism, you are not restricted from doing anything. You may worship an idol or you may not, it totally depends on what helps you get inner peace. Hinduism does not enforce anything on you, according to our religion you may do as you want to do in good faith. I really feel proud of that, I have been brought up in such a good idealistic religion.

“Although I proud to be a Hindu but I never ever put my realign over my Nation.
Before being a Hindu I am an Indian. My religion is my belief but my Nation is my identity. And I eternally pay my fundamental duty toward my Nation.”

“I proud to be an Indian” 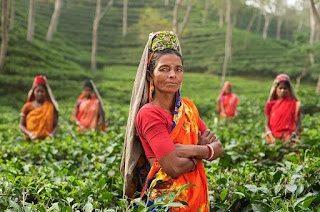 Life is Very Beautiful and Short, Live Every Single Moment Of It, Before The End. Keep Yourself Healthy, Fit and Happy. Learn New Every Day. This is Actual Life.